This article discusses how the mind tricks us into thinking we are superior because we meditate. Don’t get fooled. Simply ignore the mind and refuse to play the game. This is the only way to silence your mind.

If you understand that the voice in your head that sounds like you, isn’t actually you, then whenever it starts talking, it is trying to drag you into a game. Take you into a story and take you on a journey.

The more stories and games it can get you interested in, the more chance it has to stay alive and stay in control.

So if your mind wants you to play games with it, the only way you can win is to refuse to play.

And when I say, refuse to play, I mean don’t even acknowledge it and just walk away.

Your Mind Wants You to Play Games With It

Your mind is like a friend at a party who is attached to your arm. They go with you everywhere. Even to the bathroom. And they just keep throwing out conversation starters.

The conversation starters are usually based on what is going on in the environment around you and in most cases, what kind of judgments it can make. But sometimes just random stuff from your past, or thoughts that will pull you into a daydream about the future.

The point is that, your tag along party friend can’t stand the silence. It can’t simply “be.”

Silence means it doesn’t exist. So it has to make noise.

I’ve written a lot about this in the past and the “Meditation Boot Camp” goes into a lot of detail about why it does this. So I’m not going to labor the point too much.

Instead, I want to go back to that statement, “the only way you can win the game is to refuse to play”.

Suppose you’re driving down the road in your car, and imagine that your ego is sitting in the passenger seat. Now suppose that somebody pulls out right in front of you. Your passenger ego is likely to say something like, “look at that stupid idiot, he doesn’t know how to drive, he could have killed you.”

He could have killed you. Now that just creates some drama and emotion.

So right now you’re fully amped up and playing the game. You became the angry victim.

OK, so that would seem better right? Well actually, by acknowledging your mind like that, your mind simply made you play a different role in the game. You didn’t become the angry victim, but you did become the superior being. Holier than thou.

But you lost the game because you played the game. It might feel like it comes from a better place. One is angry and full of vigor, the other is calm and reasoned. But your ego still managed to get you to react to a situation but just in a different way.

When you see the trap your mind is playing and you react in what you feel is the more enlightened way, you feel like it’s “you” reacting in a controlled manner, but actually, it’s just the mind acting in a way that it thinks you won’t notice because it feels better. It feels right.

The only way to win is to not play the game.

They say “ignorance is bliss”, but actually, to “ignore the mind” is bliss.

Don’t worry, you’re not being rude.

That means, don’t even let your mind make the statement about how stupid the other driver is in the first place.

You do that by being so present and mindful that there is no reaction of the mind. You will still hit the brakes. You’ll still get an adrenaline rush. That’s just the body doing what the body needs to do. But you won’t get the story in your head.

If your ego was a physical person sitting next to you. You’d simply walk away or use duct tape to silence your mind.

Sounds easy, but in reality it’s the most difficult thing in the world to do. That’s why it’s called a “meditation practice” and a “journey towards enlightenment.”

Enlightenment can take many lifetimes, but it can also take just a few years if you approach the practice with a bit of a scientific method. Most people however get trapped playing the superior role thinking that they have controlled the mind, but really the mind just changed tactics and tricked the person again.

Whenever the mind speaks, replace it with silence.

If you have any questions or need help, you can leave a comment below or reach out to me. 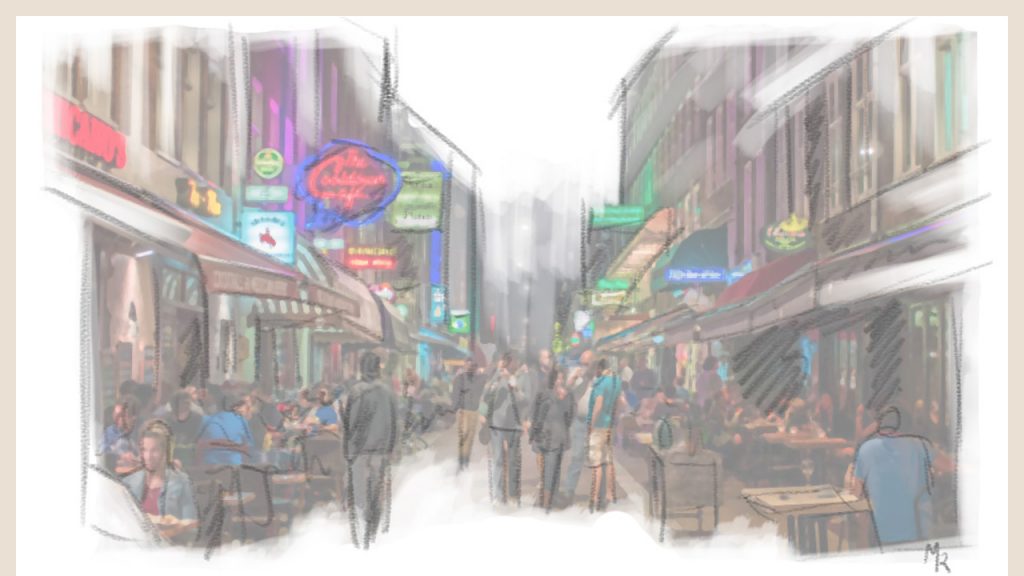